I think it’s better to read a previous interview Susan gave for her documentary and then read the one we have had a few days before, the 25th October 2012.

How did you meet Joppe?

I found Joppe thanks to Transvision, an organization that invites children and grown-ups with genderdysphoria to come together once a month and exchange their experiences, so that they all feel they’re not alone and they can learn a lot from eachother, as well. I wrote a mail to Transvision that I wanted to make a film about a girls (born as a boy) from around 11-14 years old. Transvision forwarded my mail to girls matching my search. (Very kind!) Joppe and another girl responded. When I met Joppe, I immediately knew she was the main character I was looking for: strong, smart, kind, a high self-esteem and, as a bonus because this wasn’t my main goal of course: very pretty.

How difficult was for you to convince the people that participated in this project?

Financially: In The Netherlands, we can apply for funding at an institution called ‘Mediafund’. You need a broadcasting corporation and a producer at your side to be allowed to apply. The broadcaster has to pay some part of the total budget, but most of it comes from the Fund. I had to write a detailed ‘film plan’, containing scenes that I was likely to be able to film, the story that I was expecting to tell, a detailed character profile of my principal character, a director’s view on the project, etc.
Luckily, the Mediafund was enthusiastic about my project and donated the exact amount we asked for.

Peoplewise: Joppe really wanted to cooperate in this project, because she felt the urge to help other children with the same feelings, and she also wanted to show people who don't know much about it, that you still can live a happy live when you are dealing with this problem. So Joppe wanted to make people more tolerant towards people like she, and towards people who are different in general.
Joppe's parents were concerned about her being exposed in the media, but they decided that if Joppe really felt this was something she had to do, she was allowed to do so.

My crew immediately loved the idea, and so did my producer and involved TV station NCRV.

Why did you decide this title for your project?

This is exactly how strongly Joppe feels about this. She wants to literally shout it out: I am a girl! I am not a boy who wants to be a girl. No. I am NOT a boy. I AM a girl. The exclamation mark is there to make this point even more clear.

We see Joppe’s interview talking about a boy she likes, herself as a child and teenager, her body and next years’ transformation, about classmates. Which was the purpose of these questions? Were there any questions that you wanted to ask but you didn’t?

I asked all the questions that I wanted to ask. I felt free to do so, because I got to know Joppe very well during research and filming. She even visited my home several times and asked if she could sleep over as well. That was a very good way to bond. She still visits us regularly. I love the fact that she feels at home so much, and my family and I really enjoy her staying at our place.

The purpose of the questions was to make clear to the world that Joppe is a very bright and conscious girl, who stands for who she is, and who is capable of defending the way she feels and thinks in a way that makes people respect her. So by asking her everything, I gave her the chance to give her opinion about things that any other viewer would have liked to know as well. By telling everything with an open mind, I think people who listen will also open their mind and respect her opinions.

We see Joppe with her friends in a room, in a swimming pool, at the park, in a club. Everything looks great, too great to be real. Or is it so simple?

Joppe is a happy girl. She says: 'My life is perfect. If I wouldn't have been captured in this wrong body, my life would possibly have been TOO perfect.' This is how she looks at her life. She wanted to show that when something is wrong in your life, you don't have to suffer so much that having fun and feeling happy are no-go areas anymore. You can still lead a pretty normal and happy life even if part of it isn't the way it should be. That's the message she wants to share. And that is exactly how I look at it: don't get depressed and feel you cannot mean anything to this world when things are not the way you want them to be. Get up and be proud, and try to do something positive with your life.

So that's why Joppe and I were a good match, I guess.

We don’t hear Joppe’s parents about how they see their child. Why didn’t you place them in your project?

Adults have lots of films and tv-shows where they can give their opinion. Children don't. Letting Joppe tell her story without any help of her parents shows her strength even more. I did want to show that her parents stood right behind her, so that's why I filmed them when Joppe was about to go out with friends. In that tiny scene in the film, you see her parents saying goodbye, agreeing with the way she looks and that she goes out as a girl, they kiss her and call her 'Joppe' instead of 'Jop'. That showed, in a very short time, that they stood right behind her. That was enough.

The second reason why they were not being interviewed in the film, was because some people judge the parents of genderdysphoric children by saying: 'It is all your fault. You must have stimulated this female behavior of your son. If you didn't allow him to play with dolls and to wear dresses, he would have been a perfectly normal boy right now.'
That is so untrue. By only showing Joppe who tells her story, I wanted to convince those people that it is all Joppe's decision, that she stands for herself, that she knows how she feels, and that it's the way she and only she wants to live her life.

We never learned what happened with the boy she liked. Would you continue this project showing us more parts about Joppe’s life and her growing?

The boy was already dating a girl. I think it was a relief, because he could have hurt Joppe if she would have told him about her genderdysphoria. I don't feel the urge to make another documentary on Joppe. She is developing really well, she goes to high school in Scotland for one year, she is very bright and still happy and self-assured. It would be quite the same story if I'd film her right now. And after the sex-changing operation, I would never film her about this subject again. Because then, the book is closed. She will be a woman with a new life. When she is doing something really interesting that is worth filming, I'd consider filming her again. But not about her sex-change. Only about the special things she will be doing then.

I didn't expect it at all. I knew Joppe was very special and she talked really well, and that the film was well done. But I never expected that all those foreign countries would be so intrigued by the film and that it would travel through 25 countries! What especially stroke me was the fact that the United States and Canada were apparently just ready for this subject. It won four awards in this part of the world and even got mentioned to be put on the Oscar-shortlist. I would never ever have expected such a thing to happen. It feels great and I feel honored - and so does Joppe.

Did you speak with people that saw your film? Is there anything that you find interesting to share with us?

Everybody mentions Joppe's beauty, brightness and courageousness. They all feel a lot of respect. But the people who don't talk to me, but use the internet to give their opinion, sometimes write mean things. They call her names, say she's just gay, and those kinds of things. That hurts. Oh, and Americans are really surprised that Joppe is already going out to a place where young people drink beer. But that was a school party for 14+, where only the 16+ people were allowed to drink a few beers. Joppe didn't.

Are you planning any other lgbt film?

No, I just finished my new film and that has nothing to do with this theme. It's about a girl who sees ghosts. Nobody knows, not even her best friend. The film is about the courage it takes to be special - so there it meets the theme of I Am A Girl!, in a way. :)

I do thank you Susan for your acceptance of this interview.
posted by Georgios Liapis at 4:01 AM 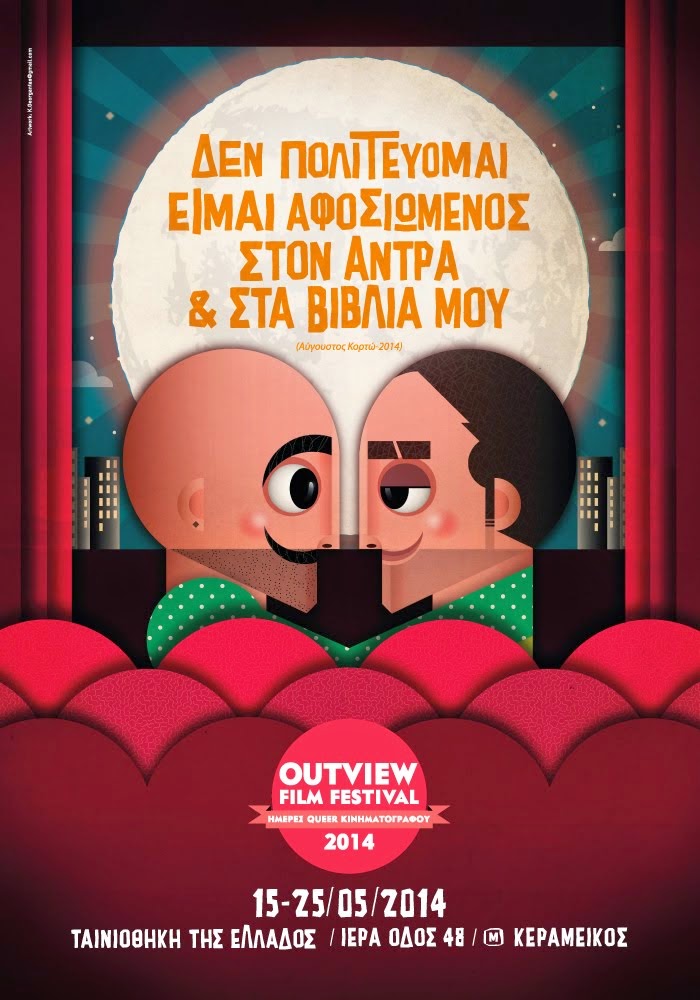 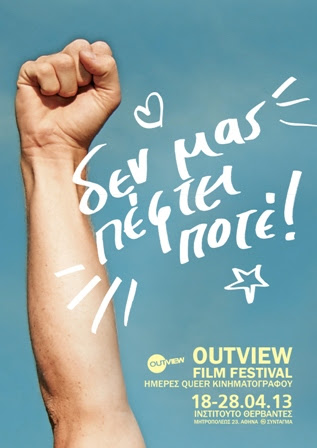 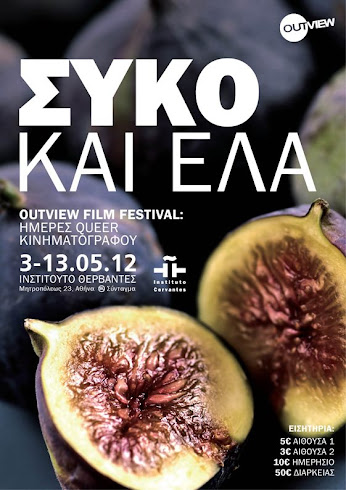 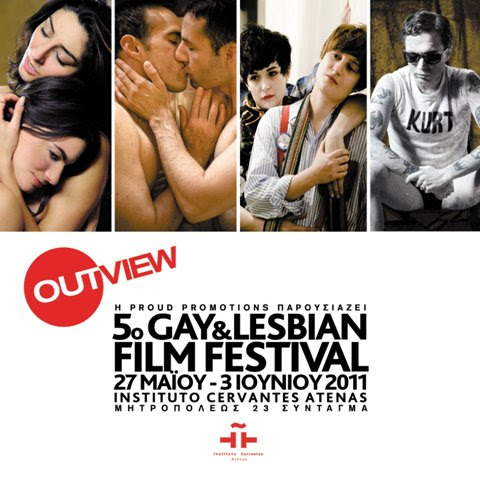 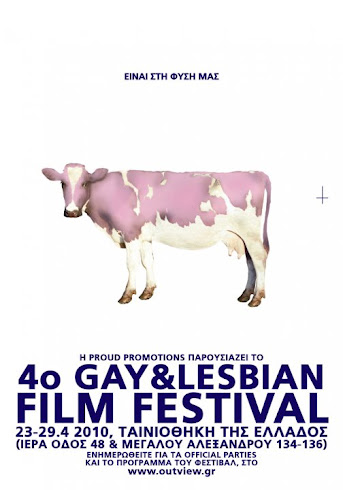 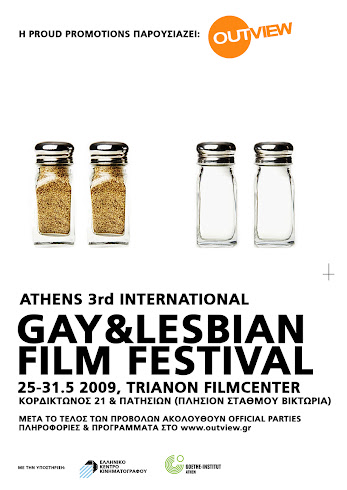 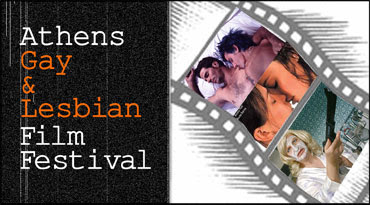